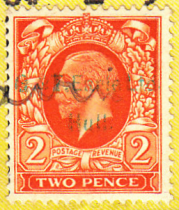 G. & T. Earle Ltd. was a cement manufacturing company in Hull. The firm served as a significant employer in the city over the course of its 157 year history, providing work for several hundred people and by the end of the 19th century it had become one of the premier cement manufacturers in Britain.

The business has its origins in 1809 when brothers George and Thomas founded a company to sell various imported goods from Russia. In 1821 the brothers established a cement company on the banks of the River Humber. The company relocated to larger premises at Wilmington in 1866. Three kilns were set up for cement production at the new site, making a total of around 45 tons of cement per week. A fourth kiln was added in 1869 and production of cement peaked in the early 1870s at around 3000 tons per year.

In 1912, G. & T. Earle amalgamated with other cement companies to form the Associated Portland Cement Manufacturers Ltd. Earles was able to make an exceptionally good deal in the merger, keeping its own identity and preserving a degree of independence.

The company marketed its Pelican brand cement right up until 1966 when the business was wound up. The Wilmington Cement Works was closed down in 1969 and has since been demolished. 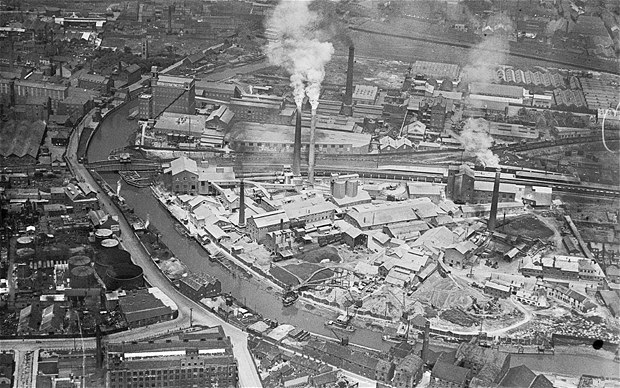 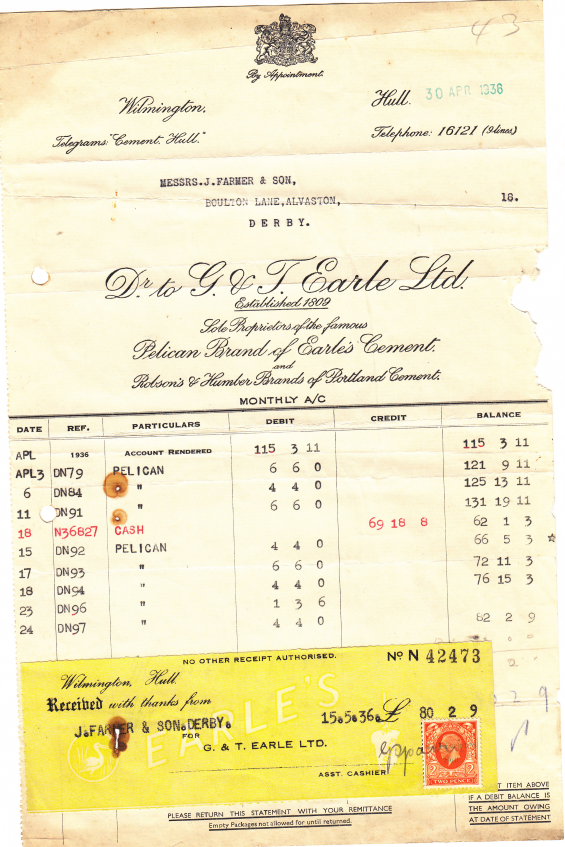 by Mark Matlach
Posted by Michael Behm at 11:02 AM No comments:

Leith has been a port for more than a thousand years and Edinburgh's official port since 1329. Originally Leith was a little more than a mile from Edinburgh, but now the two areas are one urban center.

Over the past decade, the port area has become more upscale as the shipping industry moves to docks on the north side. However, as the picture below shows it was a rougher place during the 1920s.

One of the industries in Leith was the Leith Flour Mills, owned by A. & R. Tod, Ltd. Most of the flour for the mill came from outside the UK—particularly from Canada—as the local wheat was too "soft".

The A. & R. Tod, Ltd. overprint appears to be surprisingly scarce, considering how many customers a large flour mill would have.

Posted by Michael Behm at 11:05 AM No comments: 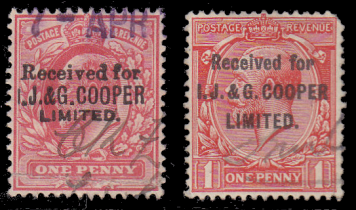 I. J. & G. Cooper Ltd. was a manufacturer and wholesaler of children's clothing established in 1823 in Manchester. From 1906 the company had a warehouse at 7 Dale Street which was known as the Children's Fashion House. The company produced children's clothing, baby linen, infant's knitwear and frocks. The business was in operation into the 1950s. 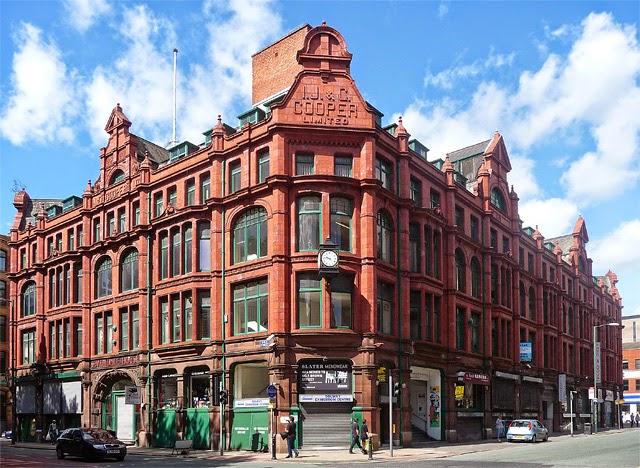 
by Mark Matlach
Posted by Michael Behm at 7:24 AM 1 comment: 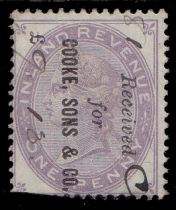 Cooke, Sons & Co. was a carpet manufacturer established by William Peabody Cooke in Liversedge, Yorkshire in 1795. The company had spinning mills in Liversedge, a matting factory in Hadleigh, Suffolk and a warehouse in London. Carpets were entirely produced on handlooms until 1850. 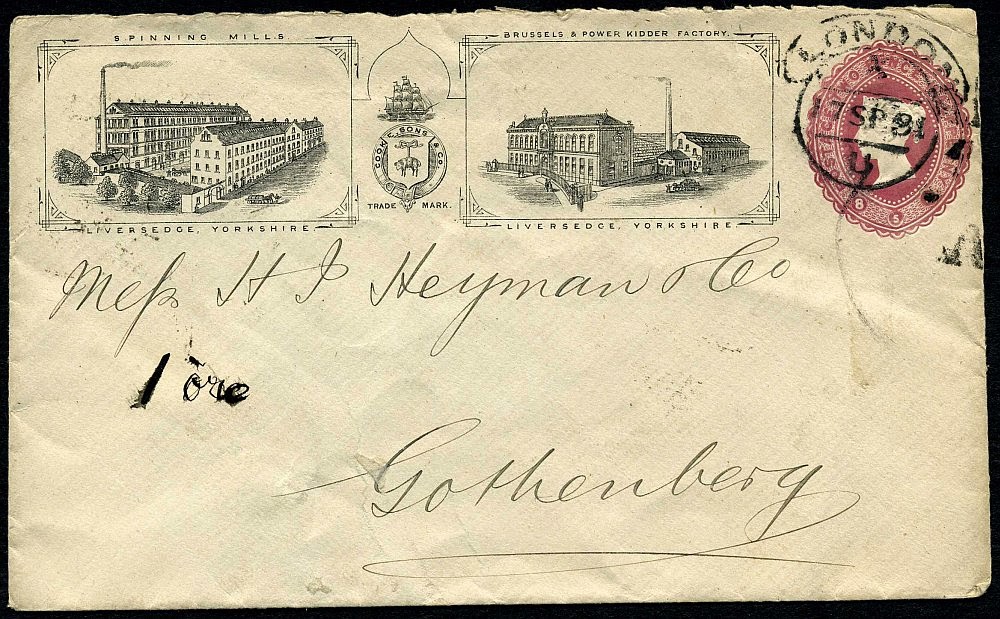 
by Mark Matlach
Posted by Michael Behm at 12:45 PM No comments: