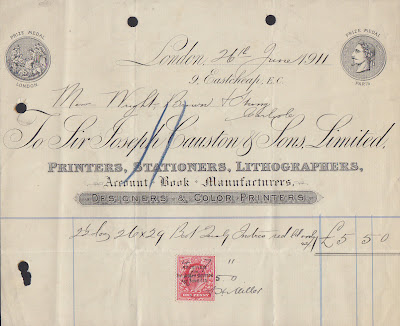 By Mark Matlach
In addition to the overprint shown above, the pattern
RECEIVED
FOR
SIR JOSEPH CAUSTON
AND SONS.
is known on the F22 revenue stamp.
Posted by Michael Behm at 9:11 AM