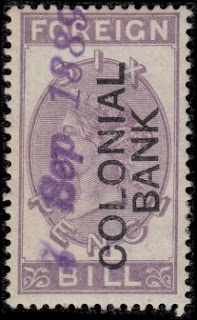 By the middle of the 1830s there was a desperate need for a banking system in the West Indies. All necessary banking transactions had to be conducted in Britain. Following pressure from sugar planters and merchants, the Colonial Bank was established by Royal Charter on the 15th May 1837, in the British colonies of Trinidad, Jamaica, Barbados, British Guiana, and St. Thomas. The headquarters of the bank was in London. By the end of the year, thirteen branches and agencies had been established.

The Colonial Bank issued the first ever Jamaican banknotes in 1837. These banknotes were unique as they were denominated in three currencies: British Pounds, Spanish Dollars, and local currency. The Bank had a virtual monopoly on banking in the West Indies for the rest of the century. In 1916 the Colonial Bank had its Charter extended to British West Africa, and then worldwide a year later. 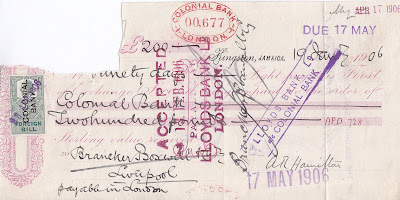