In 1783, a young Swiss watchmaker and keen amateur scientist, Jacob Schweppe, became the first person to perfect an economical process for making carbonated water. Jacob Schweppe founded his company in Geneva the same year, but within seven years had expanded to England with a factory in Drury Lane, London.

In those days, carbonated water was believed to have medicinal value, and Schweppe's brand became popular because it contained a higher degree or carbonation than its competitors. 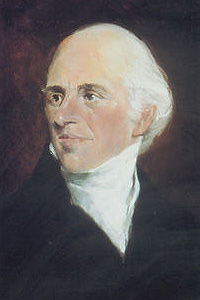 The company began to introduce new products in the second half of the 19th Century. Ginger Ale was introduced in the 1870s. Tonic Water also appeared at this time in response to a demand from Britons returning from India who had developed a taste for the solution of quinine, sugar, and water that they had drunk there as a preventative for malaria.

In 1969 Schweppes Limited merged with Cadbury to create Cadbury Schweppes. Cadbury Schweppes continued to add to its range of soft drink products by buying up rival companies, most notably Mott's apple juice, Canada Dry, and Sunkist.

In February 2010 Cadbury Schweppes was controversially bought out by Kraft Foods, the largest confectionery, food, and beverage, corporation in the United States. 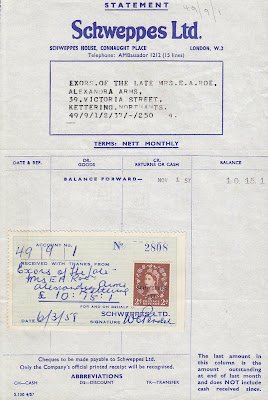 By Mark Matlach
The Schweppe company starting using commercial overprints in the Victorian Era, but despite a long period of use, the various patterns are difficult to find.