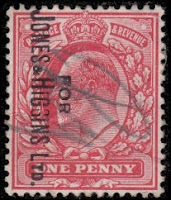 In 1867, Jones and Higgins opened a furniture shop at 3 Rye Lane, Peckham in south-east London. Rye Lane was one of the most important shopping streets in the area at that time.

Jones and Higgins expanded in the later years of the 19th Century, becoming the best known and most prestigious department store in South London for many years, although they continued to specialize in selling furniture.

The distinctive premises with its central tower dates from the 1930s. The store closed down in 1980 but the building remains. 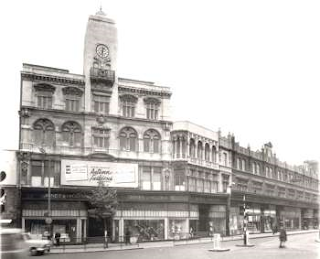 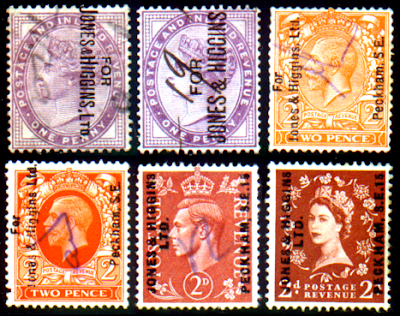 Jones and Higgins overprints appear on a wide range of issues and with a variety of wording.
Posted by Michael Behm at 3:32 PM