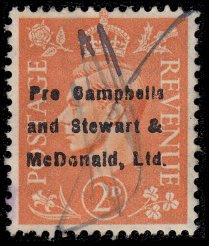 By the late 1830s the company was supplying retailers from Glasgow and surrounding districts with drapery of every description. In 1847 Stewart and McDonald acquired new premises at 152 Argyle Street and 4 Mitchell Street. In 1866 an Italian style retail warehouse was erected north of the original site at 21 Buchannon Street. The 1880s saw a factory established in Dunlop Street. The factory made costumes and ready-made shirts.

Factories were also established in Leeds for ready-made clothing and in Strabane, Northern Ireland for shirts, collars, and ladies' underwear.

By the 1890s Stewart & McDonald had branches in several British cities as well as in Montreal and Toronto (Canada) and Melbourne and Sydney (Australia). The company employed 500 warehouse staff and 70 salesmen. 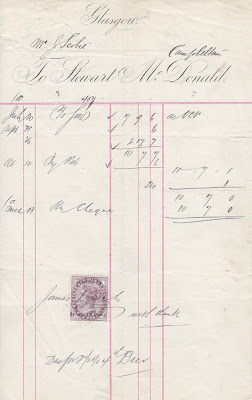 In 1900 the firm went public with the trading name of Stewart & McDonald Limited.

In 1913 the retail section of the business became a separate company called McDonalds Limited, which was eventually purchased by the House of Fraser in 1951. 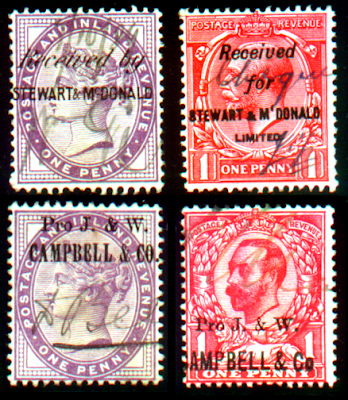 Campbell and Co. have at least three overprints in the Victorian Era that differ in small ways in terms of the fonts and font size. The early Stewart and McDonald patterns differ in more obvious ways.

The Campbells and Stewart & McDonalds overprint (at the top of this article) are found at least as late as SG 573.
Posted by Michael Behm at 6:13 AM