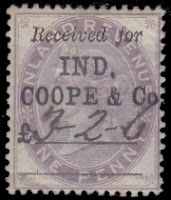 The origins of Ind Coope brewing company go back to 1709 when brewing was begun behind the Star Inn in Romford, Essex. In 1799 this pub was purchased by Edward Ind, who built a larger brewery on the site. In 1845, brothers Octavius and George Coope became partners in the business, which took the name Ind Coope & Co.

In 1856, the company opened a much larger brewery in Burton-upon-Trent. This was the first instance of an Essex brewer opening an establishment in Burton to take advantage of the Staffordshire town's famed water. Part of the original brewery, including the water tower, is still standing today. 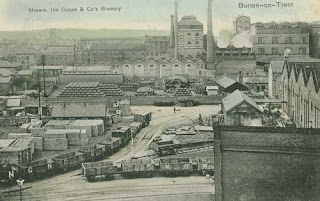 In 1961 the company merged with Tetley Walker Ltd. and Ansells Brewery Ltd. to form Allied Breweries Ltd. The company is now part of the Carlsberg-Tetley group.


by Mark Matlach
Posted by Michael Behm at 6:14 AM