The Life Policy stamps of Great Britain are surely the most striking, and arguably the most attractive, of all the revenue stamps to have been issued there.

In 1853 a new stamp duty was introduced on life insurance policies. The scale was:

Values of 6d, 1/-, 2/-, 2/6, 5/-, 10/-, and £1 were recess printed by Perkins, Bacon & Co. Sheets were of 18 stamps, three rows of six. Although the stamps were issued in the same month as the introduction of official perforation in Great Britain, the size of them was problematic and it was not until 1872 that they were first perforated. Until that date, all the stamps were issued imperforate. Stamps on the sides of the sheet were left imperforate during the perforating period.

In 1860 duty was imposed upon policies covering accidental death at the following scale:

As a result a 3d stamp was issued, though a 1d stamp was not issued until 1870. Life Policy stamps were withdrawn in 1881, though the tax remained in force for some time later, the duty being paid by embossed general duty adhesives. 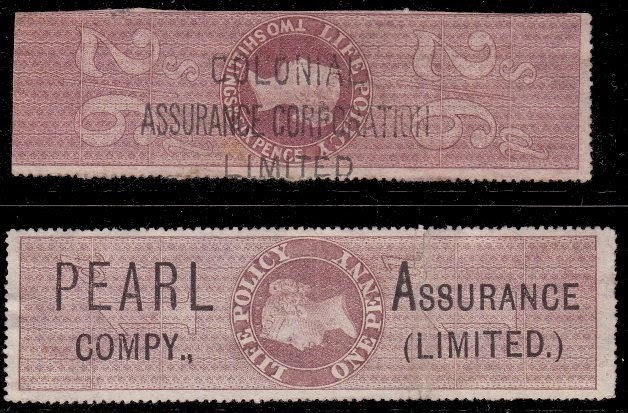 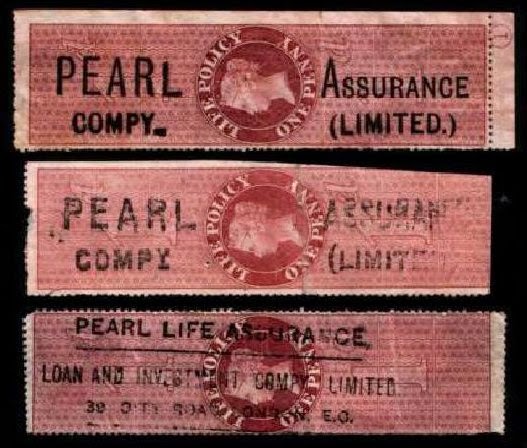 
by Mark Matlach
Posted by Michael Behm at 10:57 AM