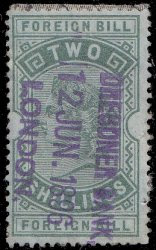 Dresdner Bank was established on 12th November 1872 in Dresden, Germany. Following the acquisition of several small regional banks in the 1870s, the Bank moved its headquarters to Berlin. By the end of the 19th century, Dresdner Bank had the largest network of banks in Germany. The first international branch of Dresdner Bank was opened in London in 1895. However, during the First World War the London branch was forced to close down.

During the Second World War, Dresdner Bank controlled various banks in countries under German occupation. The Bank took part early on in the Third Reich's policy of confiscating Jewish property and wealth. The Bank also helped to finance concentration camps, including Auschwitz in Poland.

By the end of the War, 80% of Dresdner Bank's buildings were destroyed, costing the Bank 162 offices in 56 locations. Monetary reform and the introduction of the Deutsche Mark in 1948 helped return banking to normality in West Germany. Dresdner Bank expanded its network with acquisition and opening new offices not only in Europe but also in the United States, Canada, Auustralia, Japan, and China.

In 2002, Dresdner Bank became a wholly owned subsidiary of the insurance corporation Allianz, who sold it on to Commerzbank in 2008 for EUR 9.8 million.