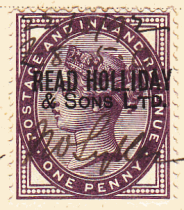 Read Holliday & Sons Ltd. was the largest chemical and dyes manufacturer in Britain in the latter part of the19th century.

The business was begun in 1830 in Huddersfield when Read Holliday set up a company to buy waste products from the local gas works. He distilled ammonia at a works in Tanfield Road, Huddersfield and sold it to textile mills for wool scouring. Holliday blended unwanted coal tar with cinders to use as fuel for the ammonia stills. As the business grew, the local neighbours began to complain about the fumes emanating from the Tanfield Road works, forcing Holliday to move his business to Tunbridge in 1839.

Lacking formal training in chemistry, Holliday read technical publications and applied what he learned to expand his product range. He began to produce ammonia salts, washing powder, soda ash, Epsom salts and dye products. In 1845 Holliday commenced distilling coal tar, becoming the biggest distiller in the north of England by 1860. He received a patent for an improved naphtha lamp and the “Holliday Peerless Lamp” became widely used. By now the company had six plants in northern England as well as one in Bromley, London and a warehouse at Holborn Hill. 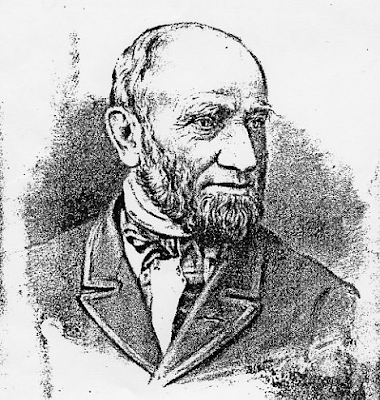 Read Holliday 1809 - 1889
Read Holliday retired in 1868 when his company was the leading chemical manufacturer in Britain and the first international manufacturer of synthetic dyes. Holliday passed the business on to his capable sons, Thomas, Charles and Edgar. The company took the name of Read Holliday & Sons, becoming limited in 1890.

In 1915, Read Holliday & Sons Ltd. was taken over by the Government, who renamed the company British Dyes Ltd., and concentrated the firm on the production of explosives which were needed for the First World War. In 1919 British Dyes Ltd. merged with Levenstein Ltd. to form the British Dyestuffs Corporation, which later became ICI.

By Mark Matlach
Posted by Michael Behm at 7:46 AM