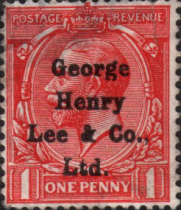 Founded in 1853 by Henry Boswell Lee, George Henry Lee started life as a bonnet warehouse at 12 Basnett Street on the corner of Leigh Street Liverpool. The shop prospered and grew, gradually developing into a department store.

In 1874, the last of the Lee sons retired and control passed to Thomas Oakshott, who, in 1887, became the first tradesman to become Lord Mayor of Liverpool, an appointment which added to the prestige of the enterprise. 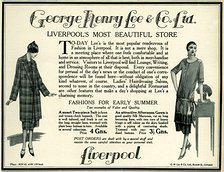 In 1910, the year Thomas Oakshott died, the company had over 1,200 employees and the Basnett Street frontage was rebuilt with elegant Edwardian marble pillars.

Shortly after the First World War, the Oakshott family sold the shop to an American, H. Gordon Selfridge, who in turn sold the business, together with the other 14 stores in his Provincial Stores Group, to the John Lewis Partnership in 1940.


by Paul Green
Posted by Michael Behm at 6:24 AM