The Eastern Electricity Board (EEB) was formed in 1948 as part of the nationalization of Great Britain's electricity producers, legislated by the Electricity Act 1947.

The board had a variety of commercial overprint patterns; the ones of interest here are the EEB/C patterns. The main EEB/C patterns are:

Those patterns are read with the stamps on their right side. However, the 2.8mm high pattern is also known read from its left side. 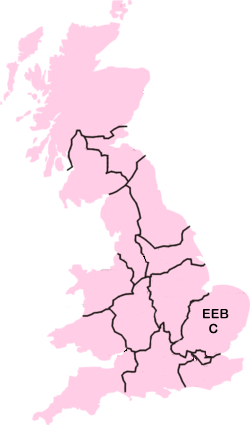