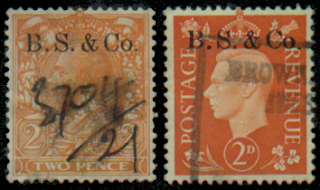 Burton, Son & Sanders Ltd. was a retail grocery business that specialized in products for the bakery and confectionery trades.

The company was established as Burton & Sons in 1824 by Charles Burton who purchased a retail grocery business in Ipswich. The company gradually expanded as successive members of the family ran the concern. The company dealt in the full range of commodities used by the baker and confectioner, supplying such items as butter, lard, jams, spices, gelatine, and sugar.

In 1897, Burton & Son merged with Evatt Sanders & Son of Colchester, to form Burton, Son & Sanders. The firm expanded and became a  public limited company in 1920 as new branches were opened throughout the country. In the 1950s and 1960s various companies were acquired and a number of diverse interests were added to the traditional bakery and grocery business.


by Mark Matlach
Posted by Michael Behm at 11:18 AM