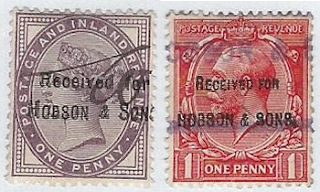 Hobson & Sons is a leading manufacturer of uniform clothing and equipment in the UK. The company's wide range of uniforms and accessories is used by the Armed Forces, the Police, Girl Guides and Scouts, the Fire Brigade and other uniformed personnel within the UK as well as many other countries.

The company was established in Woolwich, south London in 1850. The main customer was the locally based Royal Artillery. By 1860, Hobson & Sons had five shops in and around the Woolwich area. In 1880 additional premises were established in Tooley Street where gold and silver wire embroidery was produced along with the weaving of lace.

In the 1930s, Hobson & Sons established large, new premises at Thundersley, Essex. A high volume of tropical uniforms were manufactured for the war effort. The company began to produce leather goods for uniformed forces world-wide, which by the 1950s accounted for 25% of the firm's turnover. The Thundersley site was expanded in the 1970s and 80s. Business now included uniforms and regimental regalia to over 80 countries, along with a design and development service for many military and civilian uniform requirements. Between 1992 and 1997 all the Hobson businesses were finally drawn into the modern factory and office site at Thundersley and all of the company's products are now manufactured from there. 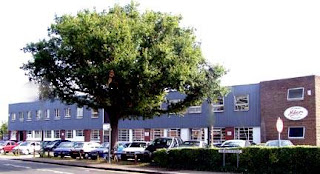 by Mark Matlach
Posted by Michael Behm at 11:26 AM