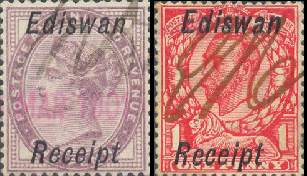 Posted by Michael Behm at 10:01 AM No comments:

The company commenced business on February 1 1825 and, according to its first prospectus, offered: "insurances on property against loss by fire, with power to embrace insurance in lives and survivorship if it shall be so determined."

The company exercised that power with little delay, issuing its first life policy within a month of starting business.

In the following years, the company moved to extend its business both at home and overseas. It established a burglary department in 1905 and, with the acquisition of Lancashire and Yorkshire Accident Insurance Company Ltd, started to transact accident business the following year.

By 1909, the company was offering insurance against all forms of risk, life and endowments, annuities and pensions, leasehold and capital redemptions. By 1927, it had added wireless installations, householders' consolidated, boiler explosion, machinery risks and lift accidents insurance.

The company underwent a number of changes in the following decades. On November 6 1948, it was incorporated as the Scottish Union and National Insurance Company and, in 1959, was acquired by the Norwich Union Fire Insurance Society Ltd. By 1991, the company's principal activity was the transaction of short-term insurance business.

-submitted by Paul Green
Posted by Michael Behm at 8:33 AM No comments:

After the British established Hong Kong as a colony in the aftermath of the Opium Wars, local merchants felt the need for a bank to finance the growing trade between China and Europe. They established the Hongkong and Shanghai Banking Corporation in 1865.

The founder, a Scotsman named Thomas Sutherland, wanted a bank operating on "sound Scottish banking principles." The original location of the bank was considered crucial and the founders chose Wardley House in Hong Kong since the construction was based on some of the best feng shui in Colonial Hong Kong. The bank initially leased its premises for HKD $500 a month in 1864.

After raising a capital stock of HKD $5 million, the "Hongkong and Shanghai Banking Company Limited" opened its doors on 3 March 1865. It opened a branch in Shanghai during April of that year, and started issuing locally-denominated banknotes in both the Crown Colony and Shanghai soon afterwards. The bank was incorporated in Hong Kong by special dispensation from the British Treasury in 1866, and under the Hongkong and Shanghai Bank Ordinance 1866, a new branch in Japan was also established. The bank handled the first public loan in China in 1874.

In 1980, the Bank, now under the chairmanship of Michael Sandberg acquired a 51% stake in Marine Midland Bank of the United States of America, and continued its expansion with the establishment of Hongkong Bank of Canada in 1981 and Hongkong Bank of Australia Limited in 1986. 1987, under the Chairmanship of William Purves, saw the bank's ownership of Marine Midland Bank increased to 100% and the acquisition of a 14.9% share in Midland Bank in the United Kingdom.

In 1991 HSBC Holdings plc was established to act as a parent company to the group; shares are currently traded on the London, Hong Kong, Paris, New York, and Bermuda stock exchanges.

-submitted by Paul Green
Posted by Michael Behm at 8:20 AM No comments: