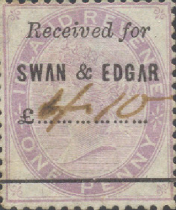 by Paul Green
Posted by Michael Behm at 8:18 AM No comments: 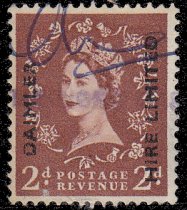 
by Mark Matlach
Posted by Michael Behm at 8:08 AM 1 comment: 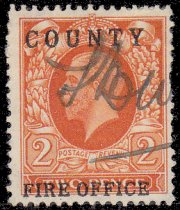 The County Fire Office was founded in London in 1807 to conduct fire insurance business in county areas, specifically country house and farming risks. It was originally established by "an association of noblemen and gentlemen" from the counties of Bedfordshire, Berkshire, Buckinghamshire, Hertfordshire, Leicestershire, Lincolnshire, Middlesex, Nottinghamshire, Northamptonshire, Oxfordshire, Warwickshire, and Yorkshire. Each county was allocated 250 shares at £100 each. No individual was allowed to hold more than ten shares. Five people were elected in each county as directors from holders of not less than five shares each.

A unique feature of the company was that each person who continued a policy for seven years was entitled to share in the profits of the concern without being liable to any losses. Business was conducted through agents, and offices were gradually opened in major towns and cities throughout the UK. The County Fire Office was registered as a limited company in 1905 and the business was acquired by Alliance Assurance in 1906, though the name County Fire Office was retained until 1970. 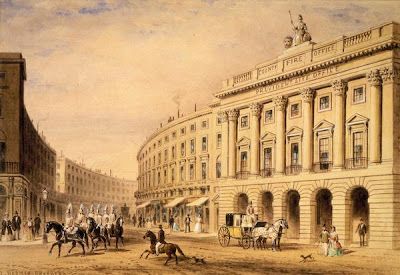 
by Mark Matlach
Posted by Michael Behm at 7:07 AM No comments: 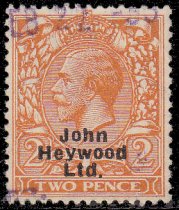 John Heywood Ltd. was a publishing company established in Manchester in the 1830s by John's father, Abel Heywood. Abel Heywood was a radical strongly associated with the Chartist movement. He was passionate about increasing educational opportunities for working-class people and his company published educational, self-teaching, and self-improvement books. In 1866 Heywood noticed that working-class people were just beginning to use trains to travel for pleasure. Seeing no affordable travel guides, he began to publish a series of "Penny Guides", short travel guides that covered such places as Buxton, Southport, Bath, and the Isle of Wight.

When Abel Heywood retired, his son John took control of the firm. John continued the tradition of publishing educational and travel books and, by 1910, John Heywood Ltd. had over 100 titles in publication. The company expanded after the First World War becoming manufacturing stationers, office suppliers and advertising contractors in addition to the   publishing business. John Heywood Ltd. continued trading into the 1970s.


by Mark Matlach
Posted by Michael Behm at 6:59 AM No comments: