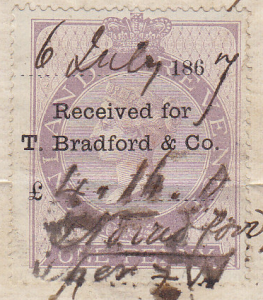 Thomas Bradford & Co. was a company of laundry and dairy engineers established in Salford in 1850. The company made dairy appliances and butter churns but is most noted for being one of the first major manufacturers of washing machines in Victorian Britain.

The first reference to a washing “machine” can be traced to the diary of Robert Hooke in 1677. It described “a way of rinsing fine linen in a whip-cord bag, fastened at one end and strained by a wheel and cylinder at the other.....whereby the finest linen is washt, wrung and not hurt”. This is hardly what we would describe as a “machine”, yet this word was used in country house inventories of the 18th and early 19th centuries, which sometimes referred to “scrubbing engines” or “washing machines”.

It was not until the 1860s that washing machines as we would recognize them began to be sold in any number. These early machines were wooden-bodied, hand operated and showed a wide variety of forms, most incorporating wringers. One of the major manufacturers of early washing machines was Thomas Bradford. Bradford's distinctive motif can be found on many washing machines in museums and reconstructed laundries, as well as on box mangles, ironing stoves, linen presses and butter churns dating from the second half of the 19th century. 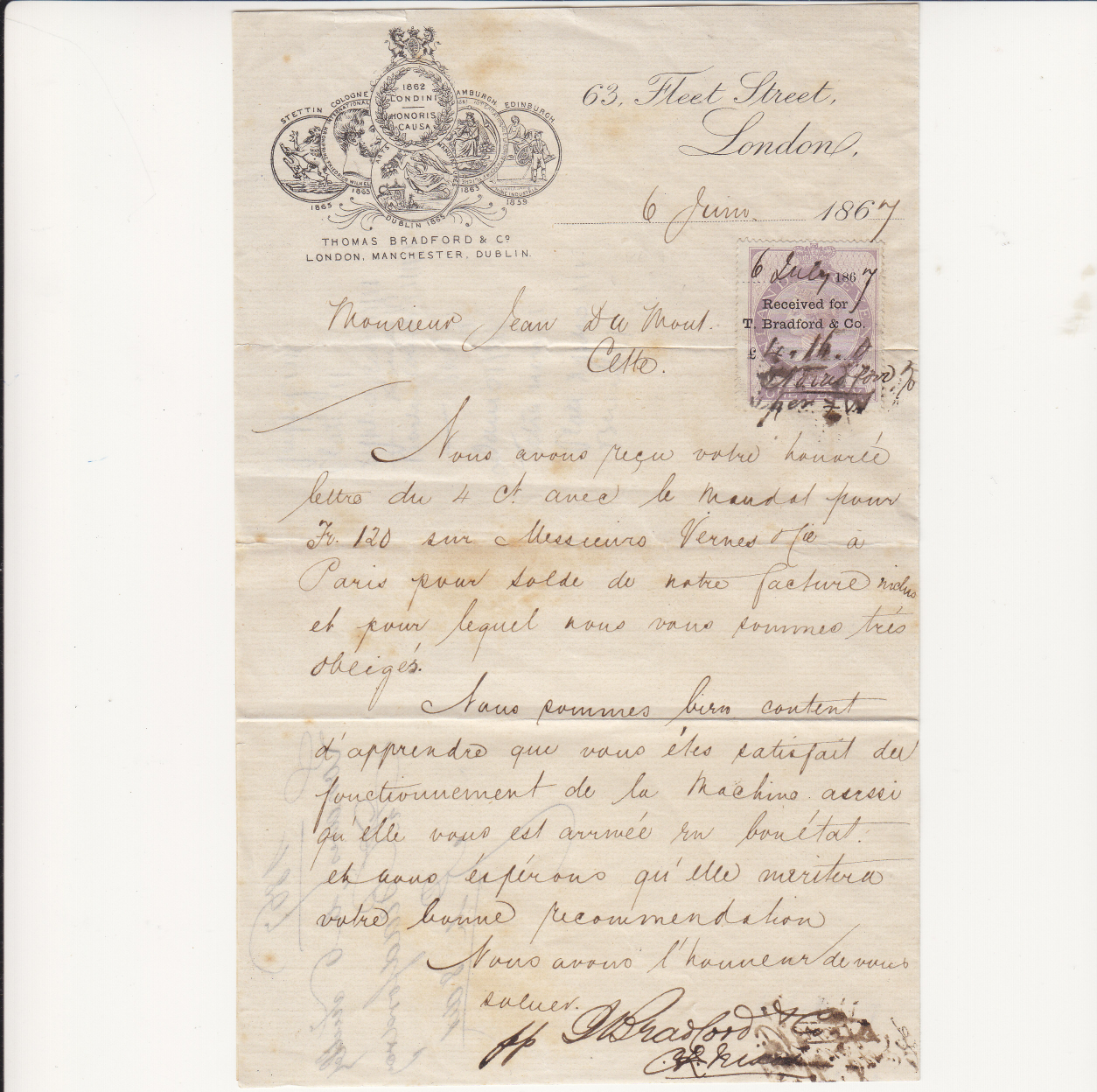 Thomas Bradford founded his company in Salford in 1850 and later set up a steam laundry in London. The company's Victress Vowel series of washing  machines was undoubtedly the most popular of its day. One of the features of the Victress Vowel series was that it was produced in a number of different sizes to suit different workloads. The most popular was the “E” model, designed for family use and costing 8 guineas in 1862. The “O” model was larger, designed for hotels, schools and mansions and the “U” model for large hotels, hospitals and workhouses. For these largest machines, Bradford advised specialist installation and operative training and eventually it was in this direction that the firm developed. At the Royal Jubilee Exhibition in Manchester in 1887, Bradford's stand consisted almost entirely of commercial laundry and swimming-bath machinery, steam driers and disinfecting equipment. Thomas Bradford & Co. continued until at least 1938. 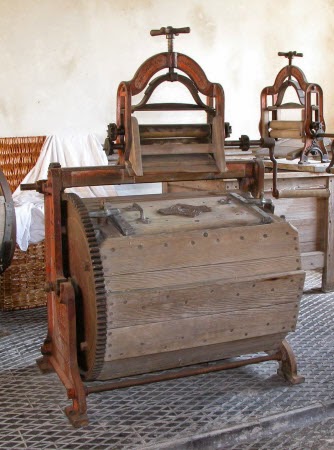