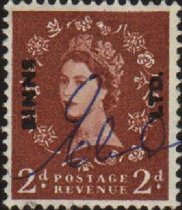 George Binns acquired Thomas Ellerby's draper's and haberdasher's store at 176 High Street, Bishop's Wearmouth, Sunderland, England, in 1811. After George Binns's death in 1836 the business passed to his eldest son, Henry Binns, and in 1865, when Henry retired the business passed on to his son Joseph John Binns, trading under the name of H. Binns, Son & Co. In October 1884, Joseph John Binns decided to move the business from the High Street to a residential thoroughfare at 38-39 Fawcett Street, Sunderland.

A limited liability company was incorporated on the 9 April 1897 under the name of H. Binns, Son & Co. Ltd. with registered offices at 39 Fawcett Street, Sunderland.

In 1922, H. Binns, Son & Co. Ltd. established the first branch of Binns on High Row, Darlington, England, when the business and premises of Arthur Sanders Ltd, department store, were purchased and developed. In 1922, Joseph John Binns died and was replaced by John Simpson as chairman of the company.

In early 1953, a bid by House of Fraser Ltd, department store retailers, Glasgow, Scotland, was opposed by the board of directors of Binns Ltd, following a revaluation of the company's property. However, in April 1953 after a bitter takeover battle Binns Ltd became a subsidiary of House of Fraser Ltd with Hugh Fraser assuming the position of chairman. The registered offices of the company were changed in that year to 35/42 Fawcett Street, Sunderland.

By 2002, Binns Ltd was a non-trading company with registered offices at 1 Howick Place, London, England. In the same year five Binns stores were trading for House of Fraser Plc.