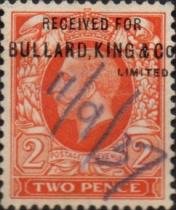 Bullard King & Company, Limited, was founded in 1850 with a fleet of small sailing ships trading from the Thames to the Mediterranean.

In 1879 they built their first steamer and introduced the Natal Direct Line to carry passengers directly to Durban and later to East African ports. In 1889 they commenced sailing from India to South Africa to carry field laborers for the sugar plantations.

In 1911 immigration from India was stopped and in 1919 Bullard King & Company, Limited, was taken over by the Union-Castle Line, although keeping its independent identity and colors. 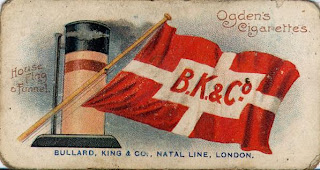 Their last ships were merged into the Springbok Line in 1960.


by Paul Green
Posted by Michael Behm at 6:58 AM