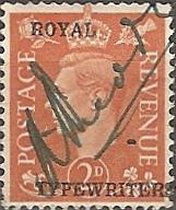 The Royal Typewriter Company was founded in January 1904 in a machine shop in Brooklyn, New York by Edward B. Hess and Lewis C. Myers.

In 1905, with their limited cash running out, Hess and Myers turned to Thomas Fortune Ryan, the wealthy financier. They demonstrated their machine which had numerous innovations including: friction-free, ball-bearing, one-track rail to support the weight of the carriage, a new paper feed, a lighter and faster type bar action, and complete visibility of the words as they are typed. Ryan was impressed and put up $220,000 in exchange for financial control. 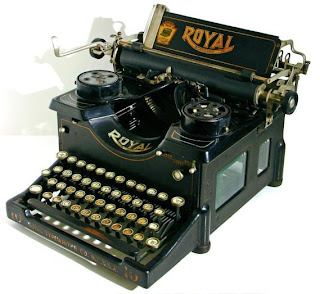 In March 1906 the first Royal typewriter, the Royal Standard, was sold.

With demand increasing, Royal purchased 5¼ acres in Hartford, Connecticut as the new site for its manufacturing facility. Original plans called for floor capacity of 250,000 square feet (23,000 m2) and cost $350,000 to build. In 1908, Royal began manufacturing there.

Royal entered the portable typewriter market in 1926 - years behind its competitors such as Underwood, LC Smith Corona, and Remington. In order to promote the new portable, Royal president, G. E. Smith, secured the exclusive sponsorship of the September 23, 1926 Dempsey-Tunney championship fight for $35,000. This boxing match was the first nation-wide radio hook-up. "The Daily News" of New York estimated that 20 million fans from coast to coast listened to the broadcast. Royal's introduction of its portable line of typewriters was an immediate success and launched the company to become the world's #1 selling typewriter brand.

On October 9, 1926, the "Hartford Daily Courant" reported that Royal had just produced its one millionth typewriter.

To promote the ruggedness of its typewriters, George Edward Smith, president of Royal bought a Ford-Stout tri-motor airplane in August 1927. This plane, commonly called the Royal Airtruck, dropped over 200 typewriters in crates with parachutes to dealers over the eastern seaboard of the USA on its maiden flight. Royal eventually delivered over 11,000 this way with only 10 being damaged.

World War II brought tremendous change to Royal. In order to aid the war effort, Royal converted its manufacturing to war work exclusively. Royal would manufacture machine guns, rifles, bullets, propellers, and spare parts for airplane engines. It wouldn't be until September 1945 that Royal would start typewriter production full-time again and not until December 1948 that Royal would catch up on its pre-war backlog. 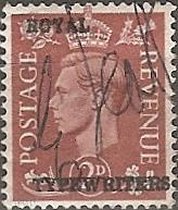 In April 1954, the Royal typewriter Company announced its plan to merge with McBee, a leading manufacturer of accounting and statistical machines and supplies. By July, Royal stockholders approve the plan and Royal McBee was formed, from 1954 to 1964 sales soared from $84.7 million to over $113 million. Royal McBee was consistently listed as a Fortune 500 company.

In December 1964, Litton Industries' stockholders approved the acquisition of Royal McBee. The deal became final in March 1965. Litton would change the name of Royal McBee back to Royal Typewriter and reorganize the company.

In March 1979, Volkswagen, seeking to diversify, announced its intention to acquire a 55% stake in Triumph Adler. Included in the deal is Royal Typewriter, sales continued to climb and by 1982 sales in North America of Royal and Triumph Adler totaled over $600 million.
In April 1986, Olivetti, the Italian typewriter/computer manufacturer, announced plans to purchase Triumph Adler and Royal from Volkswagen. For nearly two decades Royal was a part of the Olivetti family.

by Paul Green
Posted by Michael Behm at 6:38 AM