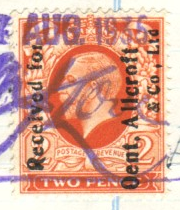 The Dent, Allcroft & Co. was previously described in Volume 2 Issue 5 of the old COSGB site (scroll down the page for the article). During 1935 the firm received overprints with a misspelling of the company name—"Oent" rather than "Dent". At least two examples are known, so check your duplicates! 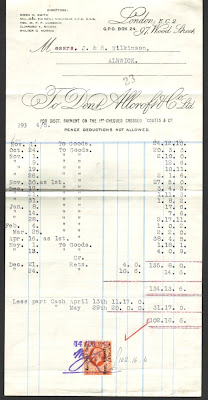