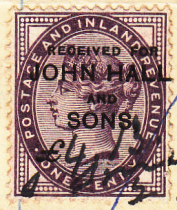 John Hall & Sons was a paint manufacturing company in Broadmead, Bristol. The business was established in 1788 by John Hall, a glazier from Dorset, and originally traded as a glazing and glass bending firm. The company excelled in the cutting and etching of glass and soon became the major importer, processor, and supplier of glass throughout the west of England. During the course of the 19th century, the company diversified and is listed in city directories as glass stainers; looking-glass manufacturers; and glass, oil, and white lead merchants.

In the 1920s, John Hall & Sons turned to paint manufacturing. Originally most paint companies sold to professional painters and coach makers etc., who often made up their own colors by mixing paints, oils, and lacquers. John Hall & Sons was the first paint manufacturing company to offer the general public decorative paints made to a professional quality. In 1922 the Brolac brand of enamel paints for home decorating was introduced, followed by the Murac brand of emulsion paints. In 1928 John Hall & Sons opened another factory in Bristol at Hengrove. The company began producing paints for motor cars and became a major supplier of paints to the aircraft industry. 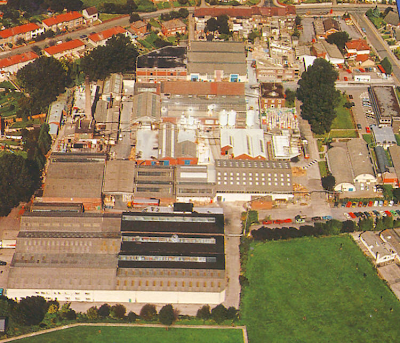 John Hall Factory at Hengrove c. 1985
John Hall & Sons was acquired by Jenson & Nicholson in 1948, who merged with Berger & Sons in 1960. The Berger Group is currently one of the largest paint companies in the world, although John Hall's two Bristol factories were closed down in 1988. 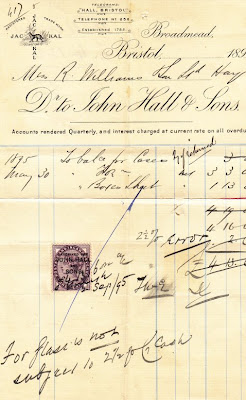 by Mark Matlach
Posted by Michael Behm at 6:08 AM