B of E (Bank of England) 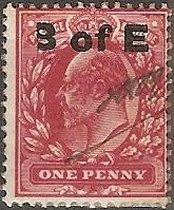 Established to act as the English Government's banker, it maintains the Government's Consolidated Fund account, manages the country's foreign exchange and gold reserves, and acts as the bankers' bank--especially in its capacity as a lender of last resort.

The Bank was privately owned and operated from its foundation in 1694. It was subordinated to the Treasury after 1931 in making policy, and was nationalized in 1946.

In 1998, it became an independent public organization, wholly owned by the Treasury Solicitor on behalf of the Government, with independence in setting monetary policy.

The Bank's Monetary Policy Committee has devolved responsibility for managing the monetary policy of the country. The Treasury has reserve powers to give orders to the committee "if they are required in the public interest and by extreme economic circumstances," but such orders must be endorsed by Parliament within 28 days. The Bank's Financial Policy Committee held its first meeting in June 2011 as a macro prudential regulator to oversee regulation of the UK's financial sector. 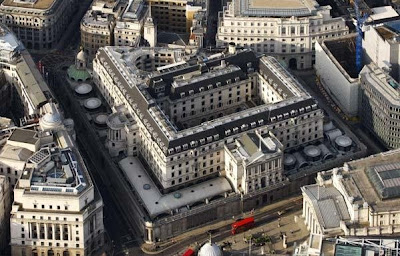 The Bank's headquarters has been located in London's main financial district, the City of London, on Threadneedle Street, since 1734. It is sometimes known by the metonym The Old Lady of Threadneedle Street or simply The Old Lady. The current Governor of the Bank of England is Sir Mervyn King, who took over on 30 June 2003 from Sir Edward George.

by Paul Green
Posted by Michael Behm at 6:57 AM