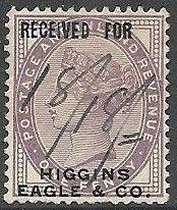 Richard Higgins. Was born July 1st, 1816, and died June 24th, 1894. He was the son of poor parents — William and Sarah Higgins, of Everley, and began life as an apprentice in a general shop at Ludgershall. By his industry and energy he raised himself from one position to another until he became city traveller to the large lace firm of Fisher & Co., and on the death of Mr. Fisher he began business on his own account. A man of fine physique, of high character and great enterprise, the firm which he founded—that of Messrs. Higgins, Eagle, & Co., of Cannon St., London, met with much success, and in the latter part of his life he purchased "The Oaks," near Epsom, formerly well known as a residence of the Earls of Derby. He died in London, and was buried in Abney Park Cemetery. 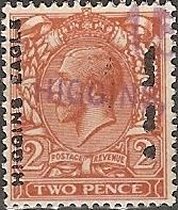 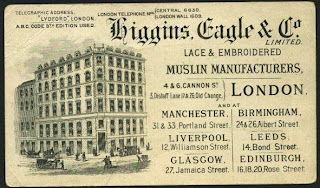 by Paul Green
Posted by Michael Behm at 6:54 AM