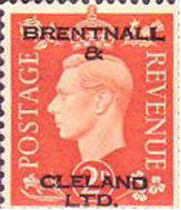 In 1883, Gervase Stanley Brentnall moved from Eastwood, Nottinghamshire to London. Together with his cousin John Henry Cleland, they bought the business of A Howard and Company at Kew Bridge, thus founding the company Brentnall and Clelands. 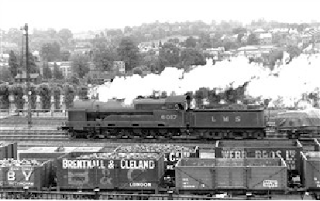 At its peak, the Company traded coal throughout the country, with local branches at Hemel Hempstead, Berkhamsted and Kings Langley. G S Brentnall settled at Roughdown House, Boxmoor, and played an active role in the community as President of Hemel Hempstead District Swimming and Life Saving Society. He died on 15 April 1937.

The London Gazette published the following announcement on the 24th October 1977:


BRENTNALL & CLELAND LIMITED Notice is hereby given (pursuant to sections 290 and 341 (1) (b) of the Companies Act 1948) that a General Meeting of the Members of the above named Company will be held at the offices of Mordant Latham & Co., Tower House, Southampton Street, London, WC2E 7HZ, on Tuesday the 6th December 1977, at 12 noon, for the purpose of having an account laid before them showing the manner in which the winding up has been conducted and the property of the Company disposed of, and of hearing any explanation that may be given by the Liquidator, and also of determining by Extraordinary Resolution the manner in which the books, accounts and documents of the Company and of the Liquidator thereof shall be disposed of. A Member entitled to attend and vote is entitled to appoint a proxy to attend and vote instead of him. A proxy need not also be a Member of the Company.


by Paul Green
Posted by Michael Behm at 6:13 AM