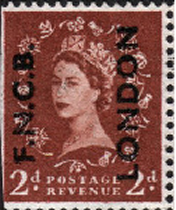 Founded in 1812 as the City Bank of New York, ownership and management of the bank was taken over by Moses Taylor, a protégé of John Jacob Astor and one of the giants of the business world in the 19th century. During Taylor's ascendancy, the bank functioned largely as a treasury and finance center for Taylor's own extensive business empire. The first president of City Bank was Col. Samuel Osgood, born in North Andover, Massachusetts.

In 1863, the bank joined the U.S.'s new national banking system and became The National City Bank of New York. By 1868, it was considered one of the largest banks in the United States, and in 1897, it became the first major U.S. bank to establish a foreign department.

National City became the first U.S. national bank to open an overseas banking office when its branch in Buenos Aires, Argentina, was opened in 1914. Many of Citi's present international offices are older; offices in London, Shanghai, Calcutta, and elsewhere were opened in 1901 and 1902 by the International Banking Corporation (IBC), a company chartered to conduct banking business outside the U.S., at that time an activity forbidden to U.S. national banks. In 1918, IBC became a wholly owned subsidiary and was subsequently merged into the bank. By 1919, the bank had become the first U.S. bank to have $1 billion in assets.

Charles E. Mitchell was elected president in 1921 and in 1929 was made chairman, a position he held until 1933. Under Mitchell the bank expanded rapidly and by 1930 had 100 branches in 23 countries outside the United States. The policies pursued by the bank under Mitchell's leadership are seen by historical economists as one of the prime causes of the stock market crash of 1929, which led ultimately to the Great Depression. In 1933 a Senate committee, the Pecora Commission, investigated Mitchell for his part in tens of millions dollars in losses, excessive pay, and tax avoidance. Senator Carter Glass said of him: "Mitchell, more than any 50 men, is responsible for this stock crash." 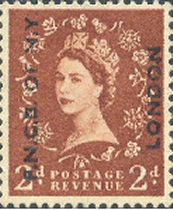 Later to become part of MasterCard, the bank introduced its First National City Charge Service credit card – popularly known as the "Everything Card" – in 1967.

John S. Reed was selected CEO in 1984, and City became a founding member of the CHAPS clearing house in London. Under his leadership, the next 14 years would see Citibank become the largest bank in the United States, the largest issuer of credit cards and charge cards in the world, and expand its global reach to over 90 countries.


by Paul Green
Posted by Michael Behm at 5:52 AM