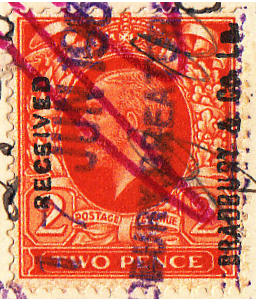 Bradbury Greatorex & Co. was a textiles wholesaler that was established by John Bradbury and Jeremiah Greatorex in 1815.

The company had a large warehouse near St Paul's Cathedral in London. In 1898 the firm was converted into a public limited company. At this time, Bradbury Greatorex & Co. Ltd. had a capital value of £400,000 and was the seventh largest textiles merchant in London. The business was taken over by Courtaulds Limited in 1968 and the warehouse was sold.

By Mark Matlach
Bradbury Greatorex used commercial overprints at least into the mid-1940s: 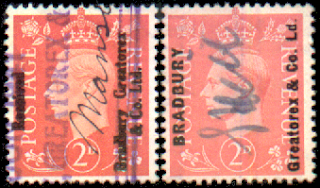