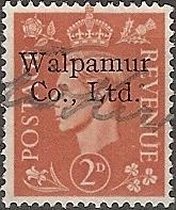 Based in Darwen near Blackburn, Lancs, the company was formed in 1899 to merge the interests of 31 wallpaper manufacturers. The group, which at the time controlled around 98% of the British wallpaper market, went on to acquire several independent wallpaper manufacturers and either bought or set up a large number of retailing businesses. By August 1906, WPM diversified into the manufacture and distribution of paint with 'Hollins Distemper', a water paint named after the Hollins Paper Mill in Darwen where the laboratory had been set up and production first took place. Originally paint was brought by horse-drawn wagons to the local train station twice a day. However, growing demand led WPM to improve its distribution network. By 1910, the company had set up several depots across the country to speed up deliveries, while six traveling salesmen promoted its water and by then brand-new oil based paints. In 1915 WPM set up Walpamur Co. Ltd to handle the manufacture and retailing of paint. 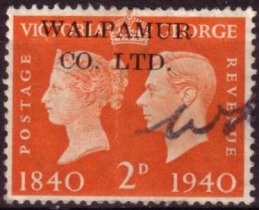 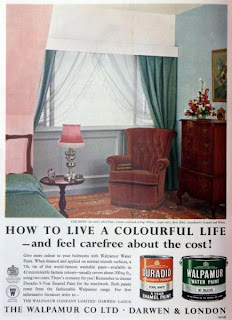 In 1929, when Arthur Sanderson & Sons, of Perivale near London, was fully acquired by the WPM group, Walpamur took charge of the paint side of the business. Four years later, in 1933, the Walpamur Company (Ireland) was founded in Dublin. This was the step in the international expansion of the company. Over the years subsidiaries were set up in Canada, Australia, New Zealand, and several African countries. Meanwhile in Britain, Walpamur acquired in 1934 a large number of wholesale paint and wallpaper distributing companies.

In the early 1960s, the WPM group came under investigation by the Competition Commission. Indeed, in spite of growing competition, WPM still controlled 79% of the wallpaper market and its pricing policy raised some questions. The paint side of the business was also of concern. By 1964, Walpamur had 89 depots, 42 of which were owned by subsidiaries, and six of which were jointly operated with Smith & Walton. Originally a manufacturer of paint based in Haltwhistle, Northumberland, Smith & Walton had moved into the wallpaper business in 1955, becoming in the process one of the main competitors of WPM, but in 1961 it was acquired by the latter. This meant taking control not only of the production lines of Smith & Walton but also of 23 depots and over 300 Brighter Homes Stores. Probably as a result of the investigation, WPM sold Walpamur in 1965 to Reed International.

Traditionally Walpamur concentrated on water-based paints, which bore its name, but after the Second World War it introduced new products such as Darwen, which offered a satin finish for kitchens and bathrooms, and Duradio, an enamel paint for exteriors. By the 1970s the company began producing emulsion paints. Feeling the name Walpamur was too closely associated with water paints, it was decided in 1975 to change it to Crown Decorative Products.

The company was acquired by Wiliams Holdings in 1987, and in 1988 the name was changed to Crown Berger. In 1993 Crown Berger was taken over by Nobel (from 1994 AkzoNobel) but when AkzoNobel acquired in 2008 Imperial Chemical Industries, the maker among others of Dulux paint, the European Commissioner for Competition feared the company would have a near monopoly in several countries, including the UK. As a result AkzoNobel decided to sell Crown Berger in a management buyout backed by private equity firm Endless LLP.

by Paul Green
Posted by Michael Behm at 9:14 AM