Croydon Local Board of Health 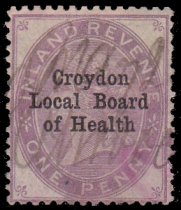 The cholera pandemic of 1832 killed over 55,000 people in the UK. In London the disease claimed 6,536 victims and came to be known as “King Cholera”. In response to the cholera epidemic the government passed the Public Health Act in 1848. The aim of the Act was to improve the sanitary conditions of towns in England and Wales by placing the supply of water, sewerage, drainage, and street cleaning under a single local body called a Board of Health.

Croydon was one of the first towns to set up its own Board of Health in 1849. The Croydon Local Board of Health improved the water supply by building a pumping station, laying new water pipes, and building new sewers. The Board continued  its work until 1883 and it appears that it was largely successful; by the 1890s Croydon was said to be “the healthiest among the large towns in the Kingdom.”

The number of Local Boards of Health in the UK peaked at 721 in 1873; however, it seems that Croydon was the only one to overprint its stamps. 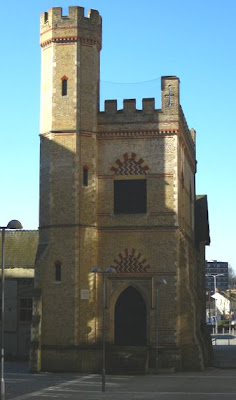 by Mark Matlach
Posted by Michael Behm at 8:21 AM