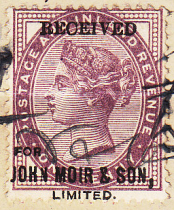 John Moir & Son Ltd. was a pioneer in the manufacturing of preserved foods. The business was established in Aberdeen in 1822 when it was the first company to introduce preserved food products in the UK.

The firm began by preserving salmon for export and subsequently added meats, soups, game and vegetables. Trade was slow for a time as public prejudice had to be overcome and a market had to be created. Once the preservation methods adopted by John Moir & Son had been proved, a demand in the UK and overseas sprang up and the company expanded to become the largest of its kind in the country, with offices in London and extensive connections with India, China and Australia.

In 1880 the company was incorporated as John Moir & Son Limited. By the end of the 19th century the business had introduced condensed milk, marmalade, jams, jelly powder, and baking powder to its product range. 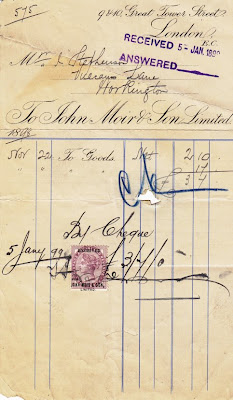 by Mark Matlach
Posted by Michael Behm at 10:31 AM