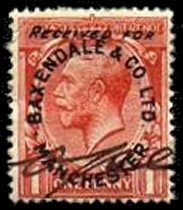 Baxendale & Co. was a firm of hardware manufacturers and suppliers that was established in 1863 by Laban Baxendale and his future brother-in-law, Alfred Innes.

The company was originally based in Salford, Greater Manchester, but in 1892 moved to Shudehill Mill (commonly known as Arkwright's Mill) in Miller Street, Manchester where it remained until the building was destroyed in the Blitz in 1940.

By 1914 Baxendales were described as furniture, lead, and electrical manufacturers as well as hardware and builders' merchants. The business, which had expanded to Liverpool, Edinburgh, and Dublin, had a staff of 1,250. 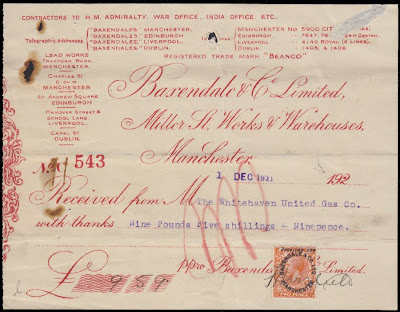 By Mark Matlach
Posted by Michael Behm at 5:25 AM