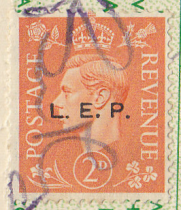 The Lancashire Electric Power Company was one of the largest private electricity companies in the UK. It was established by Act of Parliament in 1900. The original power station was the Radcliffe Power Station which was opened by the Earl of Derby on 9th October 1905.

The first customer was the Acme Spinning Company in Pendlebury which with 75,000 spindles was the first cotton spinning mill in Lancashire to be designed for powering by electricity. A second power station opened in Padiham in 1926 and a third at Kearsley in 1929. 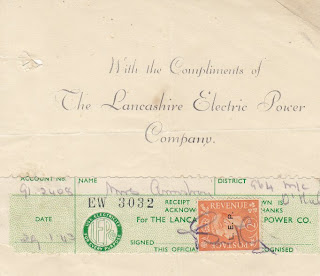 Following the nationalization of the electricity industry by the Electricity Act 1947, the Lancashire Electric Power Company became part of the North Western Electricity Board, which was privatised in 1990, becoming Norweb plc. 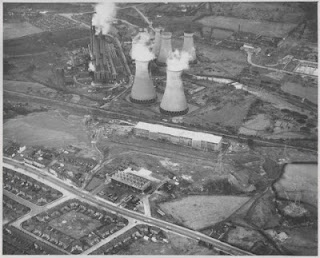 
by Mark Matlach
Posted by Michael Behm at 11:11 AM