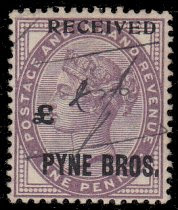 Pyne Brothers was a department store in Lewisham High Road (now Lewisham Way) in Deptford, south east London. The store began as a draper's shop in the mid-19th century and expanded progressively, becoming the centerpiece of Lewisham High Road, which was a thriving shopping street at the time.

The business continued into the 1960s; in the 1980s the premises were converted into flats. 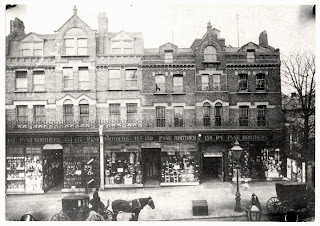 
by Mark Matlach
Posted by Michael Behm at 7:16 AM