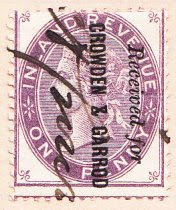 Crowden & Garrod were hardware manufacturers and wholesalers based at Falcon House, Southwark Street in southeast London from 1881. By 1930 the company was well known as a brush manufacturer. A Crowden & Garrod trade catalogue from 1930 contained an immense variety of household and garden items and every kind of brush immaginable, even a brush specifically for cleaning straw hats. Crowden & Garrod also had a patent for a knife polishing machine. 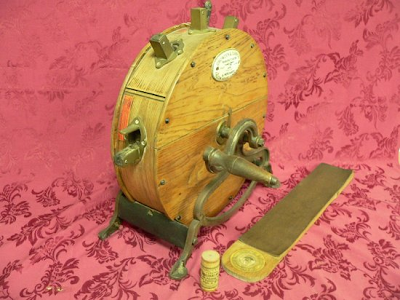 Knife polishing machine by Crowden & Garrod and a Wellington knife sharpening board
Crowden & Garrod also sold Mancur spring scales, which were used for rough weighing on farms, in kitchens, and on hunting trips for animals or hides. The scales are listed in the Crowden & Garrod catalogue of 1895 for kitchen use. Presumably they were intended for large country houses and restaurants, where large carcasses of meat were handled. They were also used by farmers for weighing pigs, sheep, and bales of hay.

Crowden & Garrod traded until at least 1952.

by Mark Matlach
Posted by Michael Behm at 6:39 AM