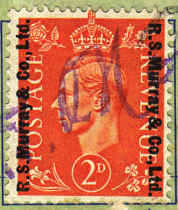 R.S. Murray & Co. Ltd. was a confectionery manufacturer based at Fleet Works, Clerkenwell Road in London. The company's main lines of production were in fudge, caramel, and mints, including the hugely popular "Murray Mints". 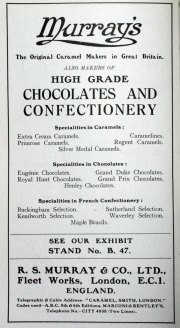 During the 1920s, R.S. Murray established large manufacturing operations in Ireland and Australia. In 1936 the company was taken over by C. & E. Morton Ltd., which was later acquired by Clarnico, which was ultimately taken over by Rowntree. Rowntree was acquired by Nestlé in 1988.

The stamp on the receipt (SG 488) is the only stamp issue I have seen overprinted by Murrays. 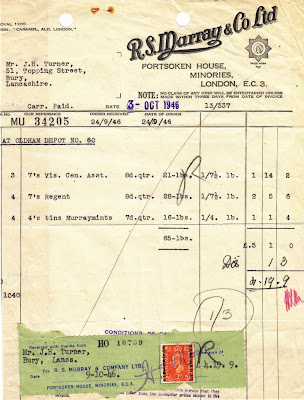