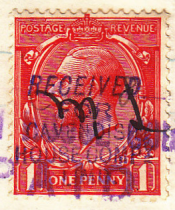 Thomas Clark and William Debenham opened a small drapery shop close to Cavendish Square in London in 1813. The shop was later renamed Cavendish House and, as trade grew, the two partners expanded the business by opening a branch store in Cheltenham. The new shop sold a selection of silks, muslins, shawls, gloves, and lace.

The Cheltenham shop was extended and refurbished in 1844. By 1872 the store occupied a large site, with showrooms offering more than twenty departments and extensive workrooms to the rear. In 1883 Cavendish House Ltd. was registered as a limited liability company to acquire the Cheltenham business. A new frontage of plate glass was erected and in 1898 electric lighting was installed throughout the store. Cavendish House cultivated an air of exclusivity; uniformed concierges patrolled the main entrance who kept "undesirables" from entering the premises. The department store also boasted a food hall which became famous for its wide range of delicatessan items.

In 1928 the company was taken over by Standard Industrial Trust and, in 1931, the Cheltenham premises were entirely refurbished, creating a huge store of over 163,000 square feet. In 1962 Cavendish House Co. Ltd. was acquired by J. J. Allan Ltd., a department store in Bournemouth. J. J. Allan Ltd. was acquired by the House of Fraser group in 1970. 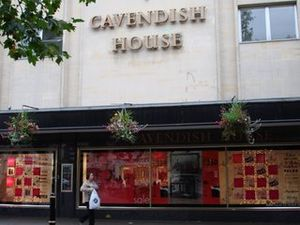 Cavendish House used a rubber handstamp of the company name as a security endorsement for its stamps. I have only seen the handstamp on SG 488, though there are two different styles. 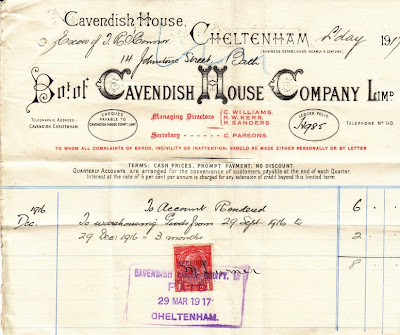 by Mark Matlach
Posted by Michael Behm at 9:45 AM