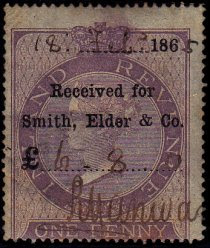 Smith, Elder & Co. was a publishing company established in London in 1816 by two Scotsmen named George Smith and Alexander Elder.

In 1843 Smith's son, George Murray Smith, took over most of the firm's operations, and upon the death of his father in 1846, became sole head of the business at the age of just 22. Smith, Elder & Co. achieved its first major success with the publication of Charlotte Bronte's Jane Eyre in 1847. Other major authors published by the company included William Thackery, Charles Darwin, George Eliot, Anthony Trollope, and Arthur Conan Doyle. In 1859 the company began the publication of The Cornhill Magazine with William Thackery as editor. The magazine came to be regarded as one of the most important and distinguished literary journals of the 19th century. In 1865 The Pall Mall Gazette, an evening newspaper with literary leanings, began publication. Both the magazine and the newspaper attracted contributions from the leading writers and artists of Victorian Britain. In 1882 Smith, Elder & Co. produced the Dictionary of National Biography, a work of reference on notable figures from British history, which was completed on 1901. 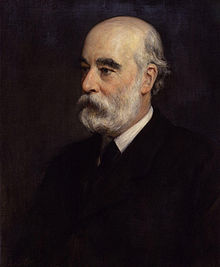 George Murray Smith (1824-1901)
George Murray Smith's son-in-law, Reginald K. Smith, joined the company in 1894 and from 1899 he was in sole charge of the business. Following the death of Reginald in 1916, Smith, Elder & Co. was acquired by the Murray publishing company.

by Mark Matlach
Posted by Michael Behm at 8:34 AM