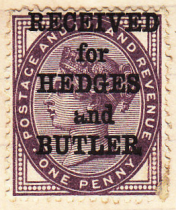 Hedges & Butler was one of the oldest wine merchants in England, established in 1667 during the reign of Charles II by Edmund Harris at the Strand in London.

The company initially operated as a grocery business, but soon expanded into a magnificent emporium that sold fine wines, spirits, liqueurs, condiments, and Russian Caviar. Hedges & Butler was owned continuously by family members, and in 1819 William Hedges relocated the company to Regent Street. On 19th July 1821, Hedges & Butler supplied champagne, port and fine wines for the Coronation dinner and banquet of King George IV.The company's first major development occurred when when it was granted a Royal Warrant by King William IV in 1830. Since then, Hedges & Butler was an official supplier to successive monarchs, both British and foreign, including Queen Victoria, the King and Queen of Spain, Edward VII, the Emporer of Japan, the King of Portugal, George V and George VI.

Hedges & Butler was acquired by the Bass Charrington Group in the 1960s. The Hedges & Butler brand name has been owned by Ian Macleod Distillers Ltd. since 1998. 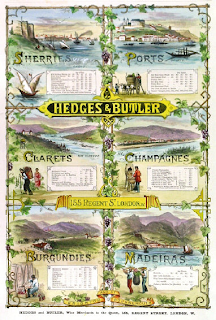 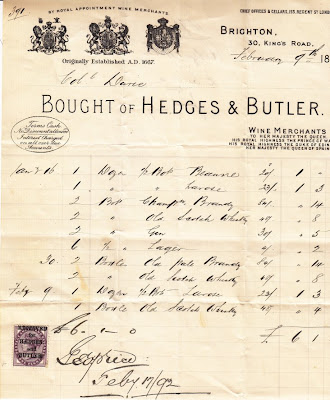