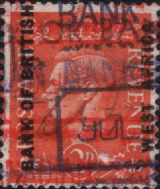 Bank of British West Africa was a British Overseas bank that was important in introducing modern banking into the countries that emerged from the UK's West African colonies.

1891 Elder Dempster shipping magnate Alfred Lewis Jones (born in Carmarthen, Wales in 1845) and George William Neville ( born at Richmond, near London in 1852), the local agent of Elder Dempster & Co. of Liverpool, attempted to develop a banking operation along the Guinea coast.

1892 African Banking Corporation acquired Elder Dempster’s banking operations in Lagos, Nigeria. Within a year they wished to close it down. Instead, they sold the operation to A.L. Jones and Elder Dempster.

1896 BBWA established a branch in Accra, Ghana. Its main business then was the distribution of silver coins, of which it was the sole supplier. As the only bank in the country at the time, it came to play a unique role in the economy, acting as the Central Bank. In 1902, it opened another branch in Sekondi. It opened an agency in Obuasi in 1905, which it raised to the status of a branch in 1909. In 1906 it opened a branch in Kumasi. British Bank of West Africa expanded its network to cover most of the main business centre’s in the Gold Coast and went on to dominate commercial banking in Ghana.

1919 Lloyds Bank and three other banks became shareholders in BBWA. 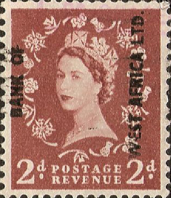 In 1957 it changed its name to Bank of West Africa, and in 1965 was acquired by Standard Bank.