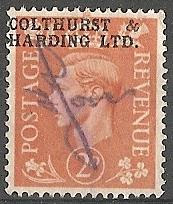 Originally dating back to 1850 adjacent to the River Avon, Phoenix Wharf, as it was known, was a paint and varnish factory built by Bristol Paintmakers, Colthurst & Harding one of the numerous paint makers based in Bristol at that time. Extended and altered over the next 100 years it was taken over by Courtaulds and fell into decline as paint production became centralized elsewhere. In all 12 acres had been assembled by the 1930s.

As buildings were vacated from paint making they were let out to other users. Eventually all paint manufacture ceased and the site became known as Central Trading Estate. Over the next few years the site became run down and neglected.

Permission was granted during 2004 to redevelop the area as a centre for creative industries.

By Paul Green
Posted by Michael Behm at 6:17 AM