In 1816 The Liverpool Gas Light Company was created by Jonathan Varty, a local coach builder, and an engineer by the name of John Hargreaves. The company started to supply gas after getting a Charter of Incorporation by Act of Parliament in 1818. One of the company's responsibilities was lighting the Town Hall with gas.

In 1823 the rival Liverpool Oil Gas Company was created by an Act of Parliament to produce gas from oil only. In 1834 this restriction was lifted and the company was allowed to make gas from coal as well.

The next 25 years saw a bitter rivalry between these two gas companies. In 1848, following a campaign to lower gas prices, an Act of Parliament resulted in the amalgamation of the two companies to form The Liverpool United Gas Company. 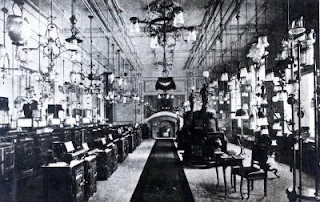 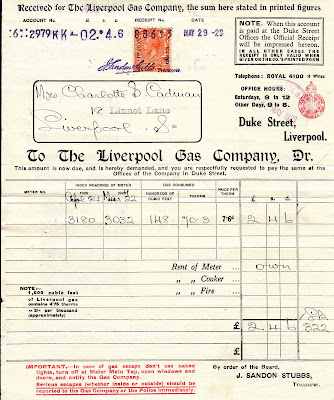 When the UK gas industry was nationalised in 1949, The Liverpool Gas Company became part of the North West Gas Board. 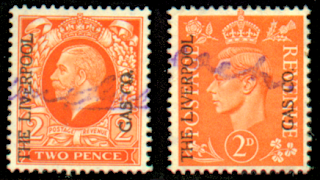 In addition to the overprint shown here, there are reports that there is a second version in which the text runs in the opposite direction.
Posted by Michael Behm at 7:33 AM