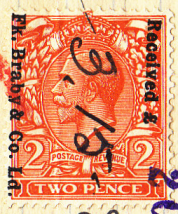 Frederick Braby & Co. was a manufacturer of a vast range of products made from tin, zinc, lead and iron. The firm was established at Euston Road, London in 1839 and became a limited company in 1865. 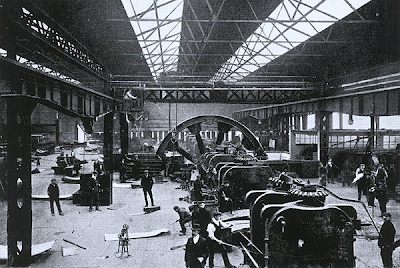 The man in the centre of the foreground is a foreman. The "hard-hats" as they were called, were not popular among the working men, and the bowler hat was not only a symbol of the foreman's position but protected him from rivets and other objects "accidentally" dropped by workers from above. 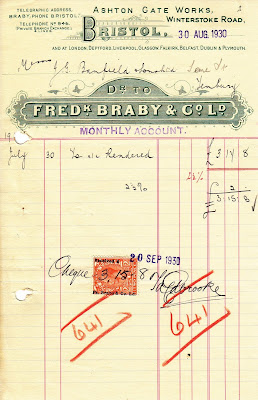 Braby Auto Diesels was acquired by the Economic Group, who were manufacturers of gas appliances, in 1970. The company closed down in 1986 and the Uxbridge premises were demolished. The site is now a business park. 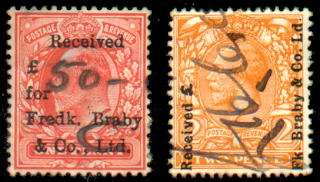 The image above shows an early version of the Braby overprint and an example of the overprint from the top of the article which is rotated 180°.
Posted by Michael Behm at 10:16 AM