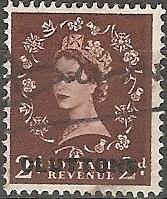 Cluttons traces its roots back to 1765, when William Clutton took over his father-in-law’s surveying business in Sussex and began trading under his own name. William developed a prosperous country and land agency business, into which he was followed by his son, then by three of his grandsons. One of those grandsons, John Clutton, moved to London in 1837 to found the London business. John’s brothers remained in Sussex to concentrate on the land agency business, which continues today as RH & RW Clutton, an entirely separate firm.

John Clutton, born in 1809, was destined to become the most eminent surveyor of his generation, building firm foundations and an enviable client base for the London business from which the present day Cluttons has grown, as well as being a joint founder and the first president of the Surveyors’ Association (later the Royal Institution of Chartered Surveyors). John Clutton died in 1896, leaving a thriving business to his successors, including four further generations of the Clutton family.

Cluttons grew steadily in the first half of the 20th century, capitalizing on the surge of development activity that followed building restrictions during the First World War, and increasing urban and rural property and estate management activity, in particular.

Growth continued after the Second World War, still with the emphasis on management and general practice instructions, but with increasing diversification as the years passed. New teams evolved, devoted to commercial investment, occupational agency, planning and development, and the firm opened a commercial office in Grosvenor Street, Mayfair, to accommodate them.

In 1997 Cluttons merged with Daniel Smith, another long-established (1775) traditional management and general practice partnership. Daniel Smith’s approximately 100 partners and staff brought the total complement of the combined firm to over 500 people and the similar professional backgrounds to the two businesses gave the firm renewed strength and depth in the core areas of management and consultancy. Similar businesses and cultures made this a highly successful merger.

Today, Cluttons remains a private, independent business, wholly owned by the partners and therefore entirely free of any external shareholding or control. The firm became a Limited Liability Partnership on 1st April 2005.

By Paul Green
Posted by Michael Behm at 10:29 AM