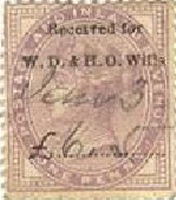 W. D. & H. O. Wills was a British tobacco importer and cigarette manufacturer formed in Bristol, England. It was one of the founding companies of Imperial Tobacco.

The company pioneered canteens for the workers, free medical care, sports facilities and paid holidays. Their first brand was "Bristol", made at the London factory from 1871 to 1974. "Three Castles" and "Gold Flake" followed in 1878 and "Woodbine" ten years later. "Embassy" was introduced in 1914 and relaunched in 1962 with coupons. 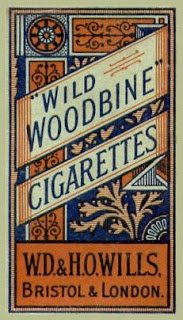 In 1887, Wills were one of the first UK tobacco companies to include advertising cards in their packs of cigarettes, but it wasn't until 1895 did they produce their first general interest set of cards ('Ships and Sailors'). Other Wills sets include 'Aviation' (1910), 'British Butterflies' (1927), 'Garden Flowers' (1933) and 'Air Raid Precautions' (1938).

The company had factories and offices not only in Bristol, but also in Swindon, Dublin, Newcastle and Glasgow. The largest cigarette factory in Europe was opened at Hartcliffe Bristol, and was designed by Skidmore, Owings and Merrill in 1974, but closed in 1990. Now called Lake Shore, it is currently undergoing a transformation into residential apartments. The large factory and warehouse buildings remain prominent buildings in Bristol, although much of the existing land and buildings have been converted to other uses, such as The Tobacco Factory Theatre. The Newcastle factory closed in 1986 and stood derelict for over a decade, before the front of the Art Deco building - which was preserved by being Grade II listed - reopened as a block of luxury apartments in 1998.

The last member of the Wills family to serve the company was Christopher, the great-great-grandson of H. O. Wills I. He retired as sales research manager in 1969.

In 1988 Imperial Tobacco withdrew the Wills brand in the United Kingdom (except for the popular Woodbine and Capstan Full Strength brands, which still carry the name).

By Paul Green
Posted by Michael Behm at 5:35 AM