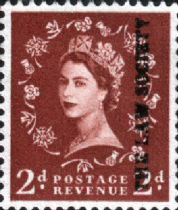 By the mid-16th century, there were two branches of the legal profession: barristers, and attorneys and solicitors. Traditionally, solicitors dealt with landed estates and attorneys advised parties in lawsuits. Gradually, these two roles combined and the name 'solicitors' was adopted.

Although there were many eminent solicitors, there were also 'pettifoggers and vipers' disgracing the profession.

In 1823, several prominent attorneys met to call for the formation of 'The London Law Institution' to raise the reputation of the profession by setting standards and ensuring good practice. This would be housed near the Inns of Court. By 1825 the term 'London' was dropped from the title to reflect the Institution's national aspirations.

The Society was founded on 2 June 1825, when a committee of management was appointed. The Society acquired its first royal charter in 1831, and opened a new building in Chancery Lane, in 1832. A new Charter in 1845 defined the Society as an independent, private body servicing the affairs of the profession like other professional, literary and scientific bodies.

The organization became known colloquially as the Law Society although its first formal title was 'The Society of Attorneys, Solicitors, Proctors and others not being Barristers, practicing in the Courts of Law and Equity of the United Kingdom'. In 1903 the Society changed its official name to 'The Law Society'.

Women were first admitted as solicitors in 1922 and today account for over half the admissions to the profession.

Over the years, the ruling Council of elected office holders and members has grown in size. Seats have been created to reflect the composition and interests of the members. Originally 25, today there are 105 Council members.

By Paul Green
Posted by Michael Behm at 4:14 AM