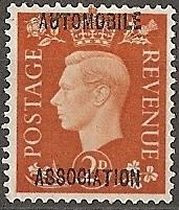 The Motor Car Act 1903, which came into force in 1904, had introduced new penalties for breaking the speed limit and for reckless driving; it also required vehicles to display a vehicle registration plate and for drivers to hold a driving license. Fines were introduced for speeding, repeat offenders could be jailed, and driving offenses would be listed on the driver's license as 'endorsements'.

On 29 June 1905, a group of motoring enthusiasts met at the Trocadero restaurant in the West End of London. This was the inauguration of the Automobile Association, formed to help motorists avoid police speed traps.

By 1906 the AA took a stand on road safety issues, and erected thousands of roadside warning signs.

In 1907 the first AA patrols go on duty (using bicycles) in order to warn motorists of police speed traps ahead.

In 1908 the AA published the AA Members' Special Handbook, a list of nationwide agents and mechanics. The following year saw the introduction of the AA's free legal system.

In 1910 in legal test case ('Betts -v- Stevens') involving an AA patrolman and a potentially speeding motorist, the Chief Justice, Lord Alverston, ruled that where a patrolman signals to a speeding driver to slow down and thereby avoid a speed-trap, then that person would have committed the offense of 'obstructing an officer in the course of his duty' under the Prevention of Crimes Amendment Act 1885. Subsequently the organization developed a coded warning system, which was used until the 1960s, whereby a patrolman would always salute the driver of a passing car which showed a visible AA Badge unless there was a speed trap nearby, on the understanding that their officers could not be prosecuted for failing to salute.

In 1910 the organization introduced AA Routes and in 1912 began inspecting hotels and restaurants, issuing AA Star Classification to those deemed to be of sufficient quality. By 1914, the AA had grown to 83,000 members.

The Road Traffic Act 1930 removed the 20 mph speed limit which had been on statute since the Locomotives on Highways Act 1896. One reason given for the change was because the Automobile Association (and also the Royal Automobile Club) were frequently successful in defending their members against evidence from primitive speed traps. A speed limit of 30 mph in urban areas was re-introduced by the Road Traffic Act 1934 although speedometers were not made compulsory until 1937.

By 1939 the AA's membership had grown to 725,000, a number equivalent to 35% of all cars in the United Kingdom. When World War II, ended the AA began to protest about wartime petrol rationing. The campaign was successful and rationing was repealed in 1950. This was the first of many campaigns that were aimed at championing the rights of British motorists.

1949 saw the launch of a night-time breakdown and recovery service. Initially available in only London and the surrounding districts, it has been extended to cover most of the UK.

In 1973 AA Roadwatch began broadcasting traffic reports on UK commercial radio stations. It grew to become the largest broadcaster of traffic information in Europe. AA Relay was also introduced in 1973, a service that will deliver a broken-down vehicle, its driver and passengers, luggage and trailer to anywhere in Britain.

by Paul Green
Posted by Michael Behm at 2:45 PM