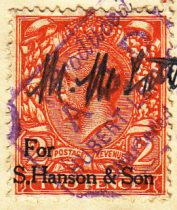 Samuel Hanson & Son Ltd. was a wholesale grocery business established at 14 Eastcheap, London. The company had a large canning factory in Toddington, Gloucestershire. Hansons bought a chicory factory near Lakenheath, Suffolk after the Second World War.

The factory produced powdered milk and was also used to make the first instant coffee. There was a large specially lined cylinder, which was heated to a very high temperature. Chicory and coffee were fused into an essence, and by means of a large compressor, the essence was forced through spray nozzles into a hot chamber where it was turned into powder. This powder was then sucked up and packed in jars and sold under the name of Cup-Cof. Although not marketed nationally, it was sold over quite a large area. 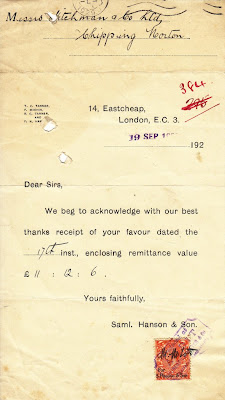 By Mark Matlach
Posted by Michael Behm at 10:36 AM