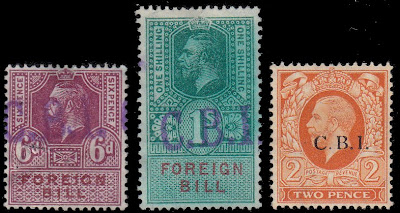 The Chartered Bank of India, Australia & China (C.B.I.) was founded in London in 1853 by Scotsman James Wilson, following the grant of a Royal Charter from Queen Victoria. The first branches were opened in Calcutta and Bombay in 1858. The bank was keen to capitalize on the huge expansion of trade and to earn the large profits to be made from financing the movement of goods from Europe to the East.

In 1859, C.B.I. opened a branch in Hong Kong and two years later in Singapore. In 1862 the bank was authorized to issue banknotes in Hong Kong, a privilege it continues to exercise to this day. The bank's expansion continued into the 20th century, leading it to open branches across Asia. The traditional business of C.B.I. was in cotton from Bombay, indigo, and tea from Calcutta; rice from Burma; sugar from Java; tobacco from Sumatra; hemp from Manila; opium from Shanghai; and silk from Yokohama. 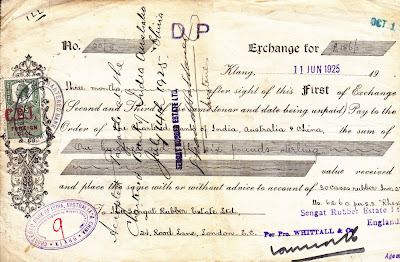 In 1957, C.B.I. acquired the Eastern Bank, giving it a network of branches in Aden, Bahrain, Beirut, Lebanon, Qatar, and the United Arab Emirates.

There is an interesting variety in the security endorsements used by C.B.I., from handstamps in several colours, to overprints with differences in style and printing.

By Mark Matlach
Posted by Michael Behm at 6:16 AM