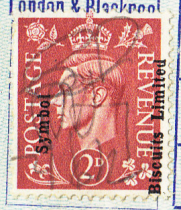 Symbol manufactured approximately 40 different types of sweet, dry, and savory biscuits packed and sold under the Symbol and Lyons brands, its logo being an elephant's head. The introduction of Maryland Cookies in 1956 brought a significant increase in revenues. 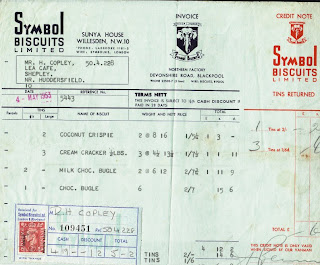 In 1990 Lyons changed Symbol Biscuit's name to Lyons Biscuits Limited. The company continued to trade profitably until December 1994, when the business was sold to a subsidiary of Hillsdown Holidays Plc. for around £20 million. At the time, 780 people worked at the Blackpool factory. Since then, the company has been acquired by a U.S. Investment house and is currently part of Burton's Foods Limited, the second largest biscuit company in the UK.

By Mark Matlach
Posted by Michael Behm at 8:22 AM