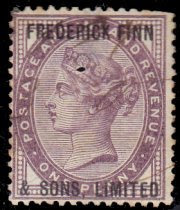 In 1903, the company was described as "wholesale grocers and provision merchants, high class tea and coffee merchants, wholesalers of patent and homeopathic medicine, ironmongers, ham and bacon curers, and wholesalers of tools and traveling requisites." 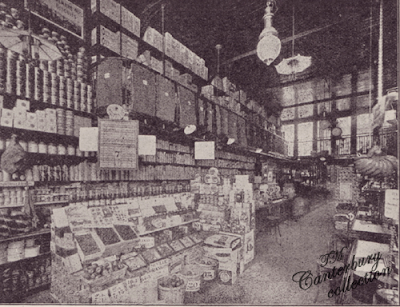 Frederick Finn & Sons Ltd. in 1889
Although the company was active until at least 1917, I am aware of overprints only on the 1881 1d Lilac. There are two types: the one shown and also "FREDERICK FINN, / CANTERBURY." (style H2a)

by Mark Matlach
Posted by Michael Behm at 7:12 AM